Safe and tunnel construction on time even in Corona times

Modern tunnelling is subject to numerous demands: tunnelling companies must keep costs low, finish projects in less time and still keep up with the high quality and safety standards. 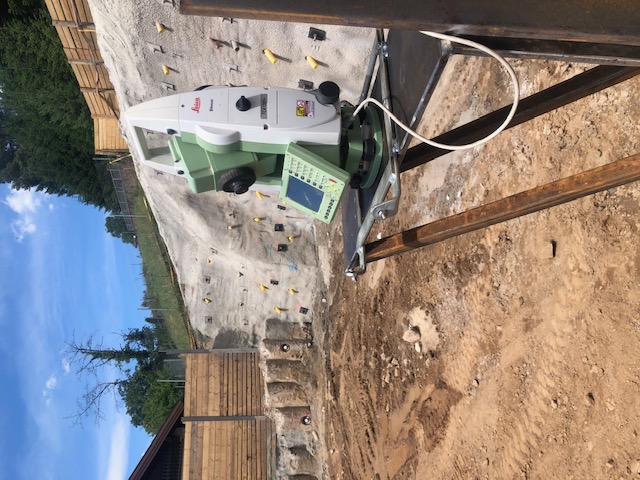 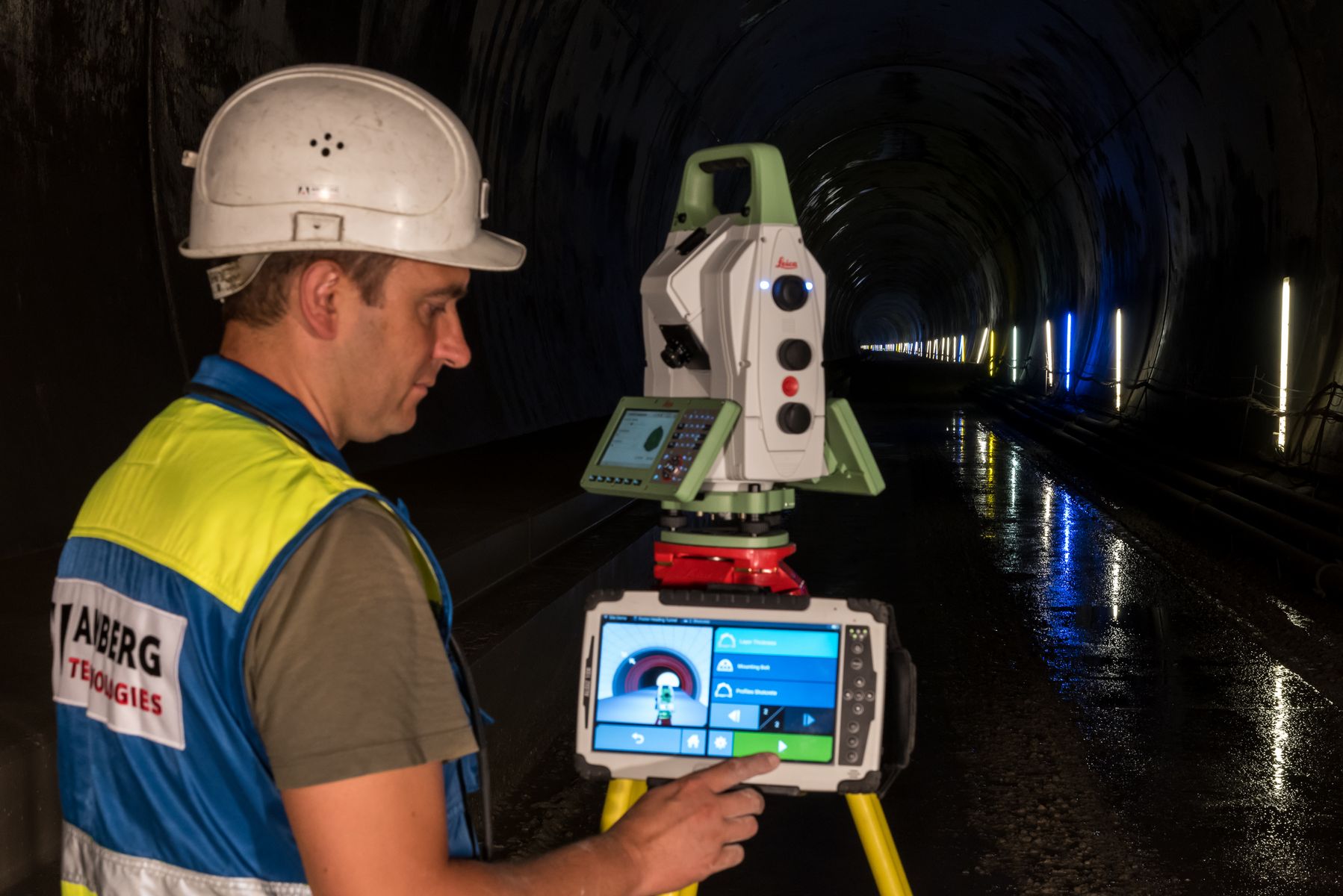 On behalf of ARGE Tunnel Brandberg, Amberg Technologies carries out the primary surveying services. In addition to the provision of competent surveying specialists, this includes the use of state-of-the-art surveying solutions consisting of precise, intuitively operated measuring instruments and task-specific software.

In addition to the tunnelling control survey through network measurement every 200 m, the services included convergence measurements as well as all other measurements during tunnelling by the foreman with the Amberg Navigator Tablet and subsequent evaluation and reporting in the Amberg Tunnel Software. Furthermore, the west portal was monitored by Amberg's automatic monitoring system GEOvis 4.0, which automatically sends the values of the last 24 hours to the customer via e-mail every day. 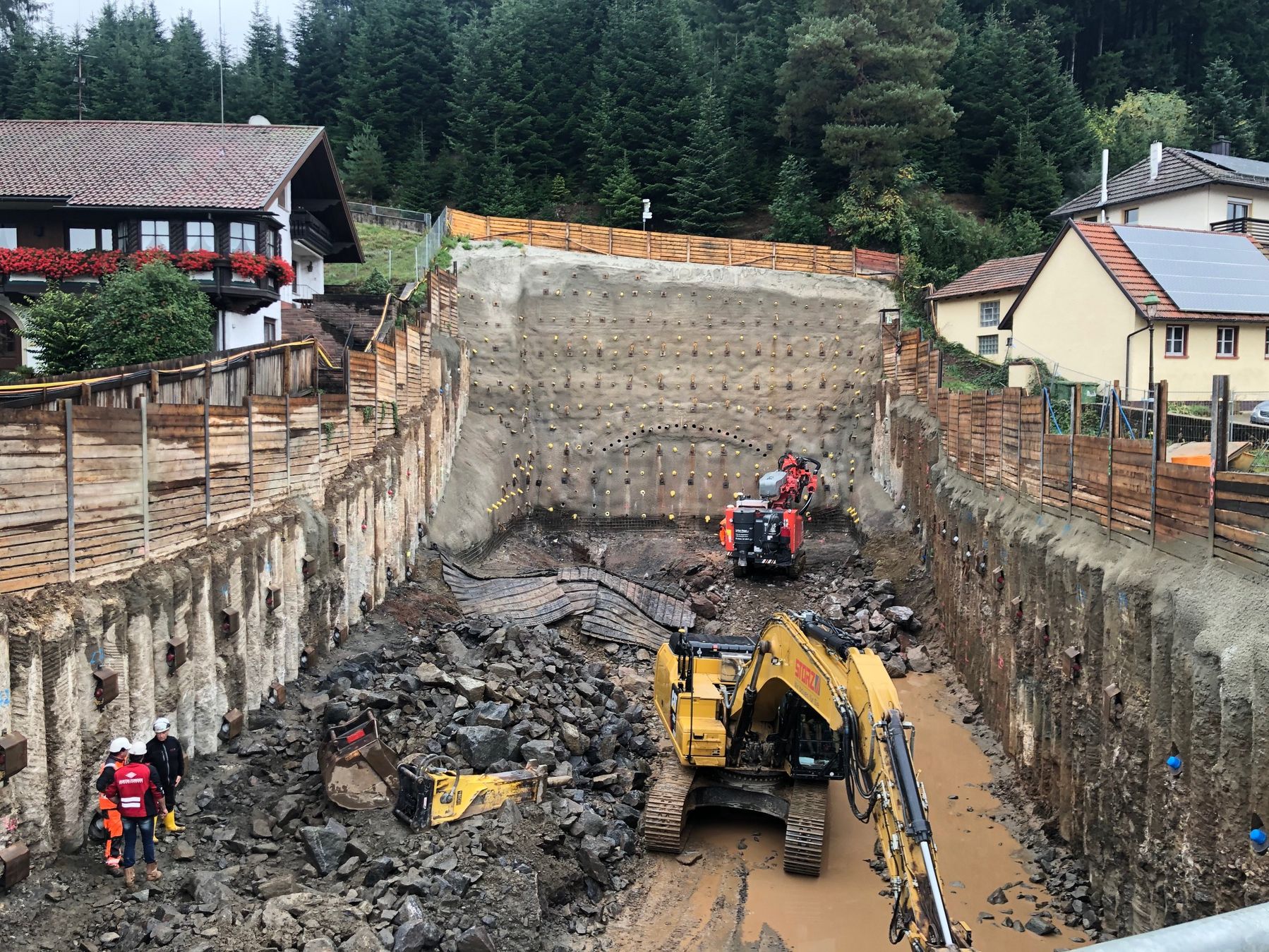 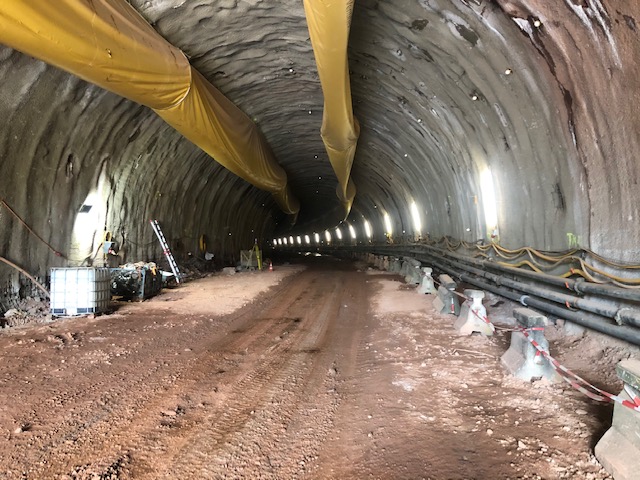 For a good one and a half years now, work has been underway on the Winden bypass, the centrepiece of which is the Brandberg tunnel, and is thus probably the most expensive construction project ever realised in the Elz valley (near Freiburg). Around 80 men and women work on this construction site six days a week, in four shifts around the clock. Blasting is not permitted on Sundays and at night. But even then the construction site is not at rest. On Sundays, repairs and maintenance are carried out in the site's workshops. The tunnel will be 881 metres long. Of this, 628 metres have already been completed. The fantastic thing about it is that over a length of 600 metres, only four millimetres have deviated from the calculated ideal line.

The tunnel is blasted out of the rock as a round tube. This is done in two sections. First, the upper part, the so-called "calotte" is made. After the loose rock has been removed, a layer of shotcrete is applied. This is consolidated with lattice mats and steel arches, screwed into the rock with anchors and then filled again with the second layer of shotcrete. A particular three-millimetre-thick film is then applied. The concrete is produced in our concrete plant. The advantage: the quality always remains the same, and there are no long transport routes. "Just in time", so to speak, we produce what is needed at the moment. After the upper part is finished - breakthrough will probably be at the end of October - the so-called "sole" and the middle part, the "strokes" are blown out. 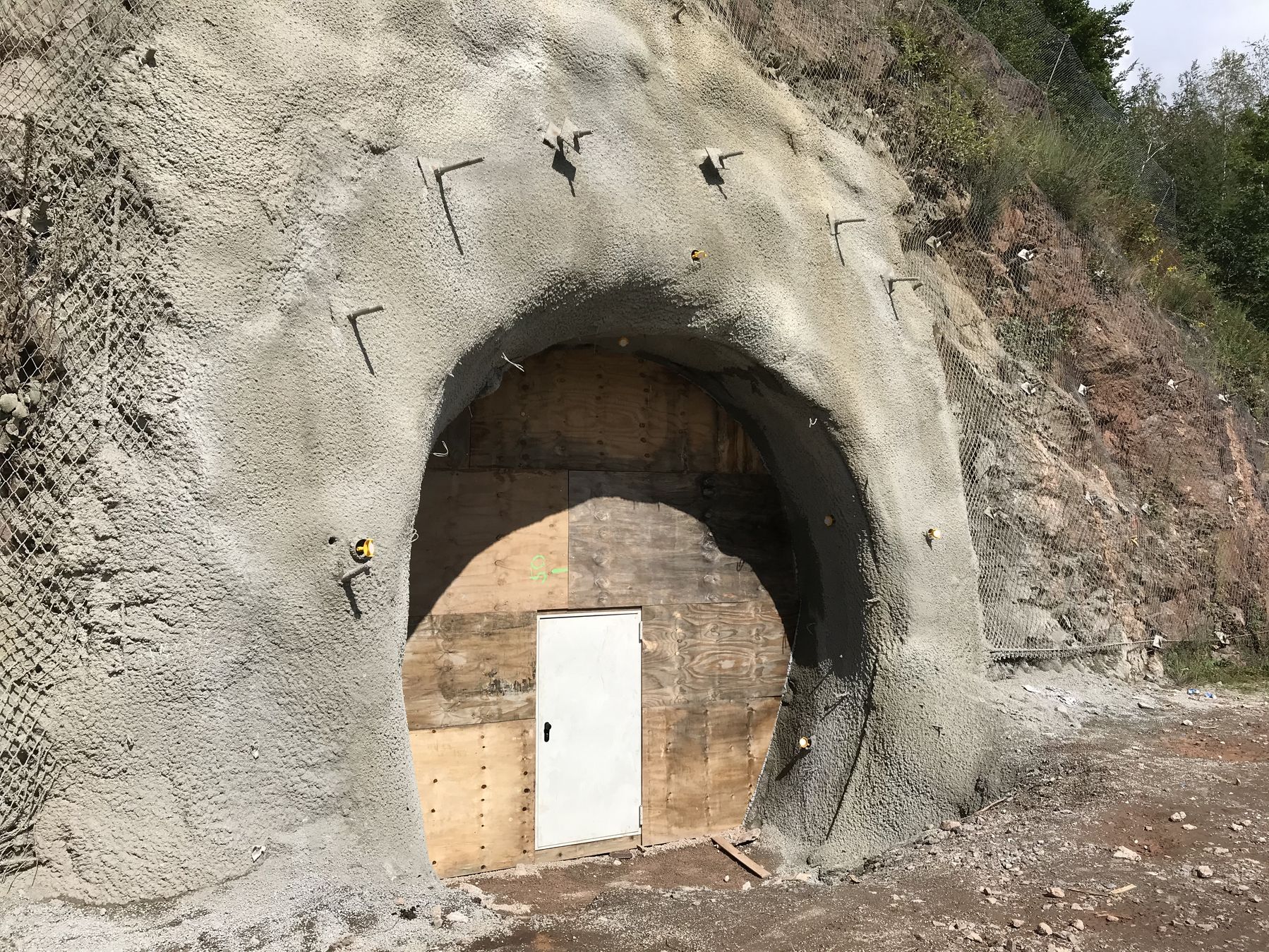 The tunnel tube itself then has a diameter of ten metres. The "bottom" is then filled in again. The filling material used is mainly the blasted rock, as long as it is not contaminated with asbestos. The latter is disposed of in special landfills. The roadway is then installed at the end of the filled up rock.

The east rescue tunnel has already been blasted out. It has a length of 80 metres and leads from the tunnel tube with a cross-section of three metres into the open. The west rescue tunnel will follow.