The longest and deepest subsea road tunnel in the world: Norway's Ryfylke Tunnel carries this impressive title since the end of 2019. The unique structure near the city of Stavanger is one of three tunnels that together form the Ryfast project. They connect Stavanger with the Strand region. Scandinavia is an exciting market for Amberg, as Swiss high-tech products and services are in demand not only in Norway but also in Sweden. 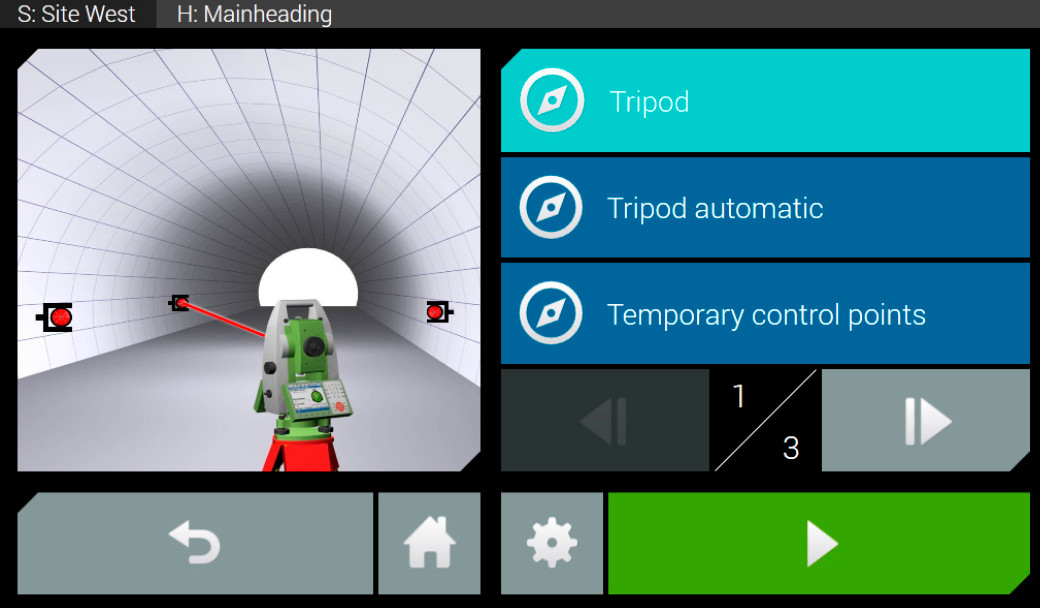 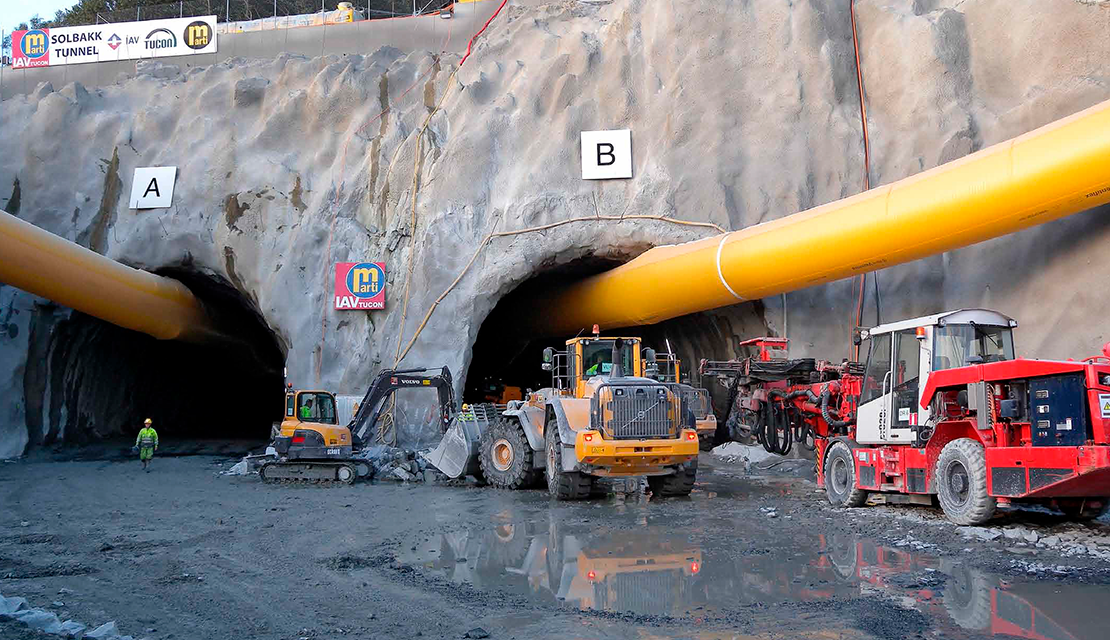 (2) Selection of the "tripod automatic" positioning method in Amberg Navigator.

(3) One of the tunnel portals of the Ryfast project.

Shortly after its opening, the Ryfylke Tunnel has already become a magnet for tourists thanks to its innovative lighting. They even feel compelled to stop in the tunnel and shoot selfies, as the Norwegian newspaper Aftenposten writes.

The construction of the tunnel was also a highlight. It is 14.3 kilometres long and has a gradient of up to seven per cent. At its deepest point, it is 292 metres below sea level. The Amberg Navigator software was used on the construction site for the first time. It allowed the tunnel crew to control the tunnelling work themselves. After each blasting, they were able to check the tunnel profile and then mark any sub-profiles on the tunnel wall and, where necessary, ensure that the specifications were met.

Amberg Navigator with a Faro scanner was used for the documentation of the different construction phases. Data evaluation was performed using the office products Amberg Tunnelscan and Amberg Profile. This made it possible to avoid excessive excavations and provide the client with complete documentation of the tunnel work. 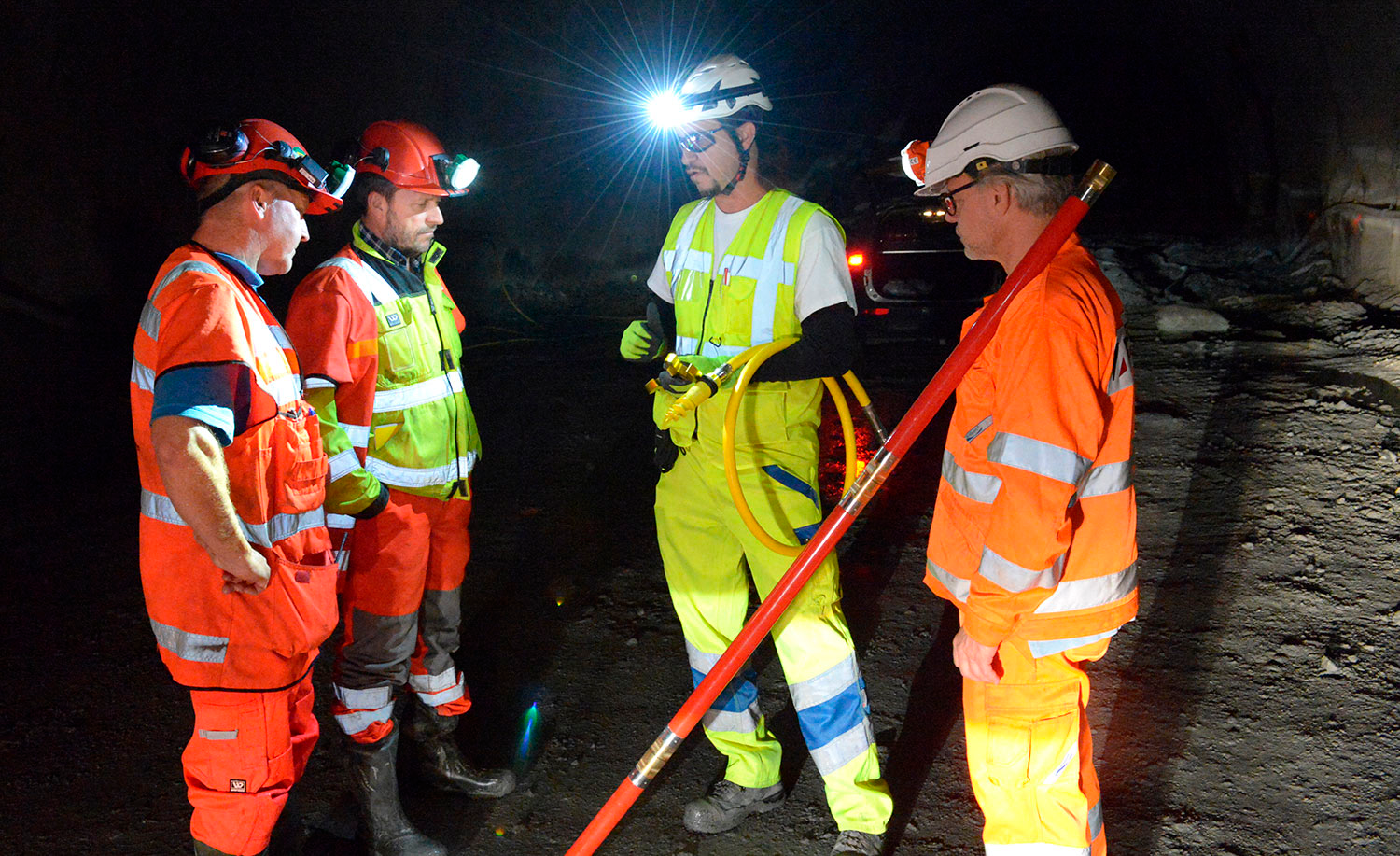 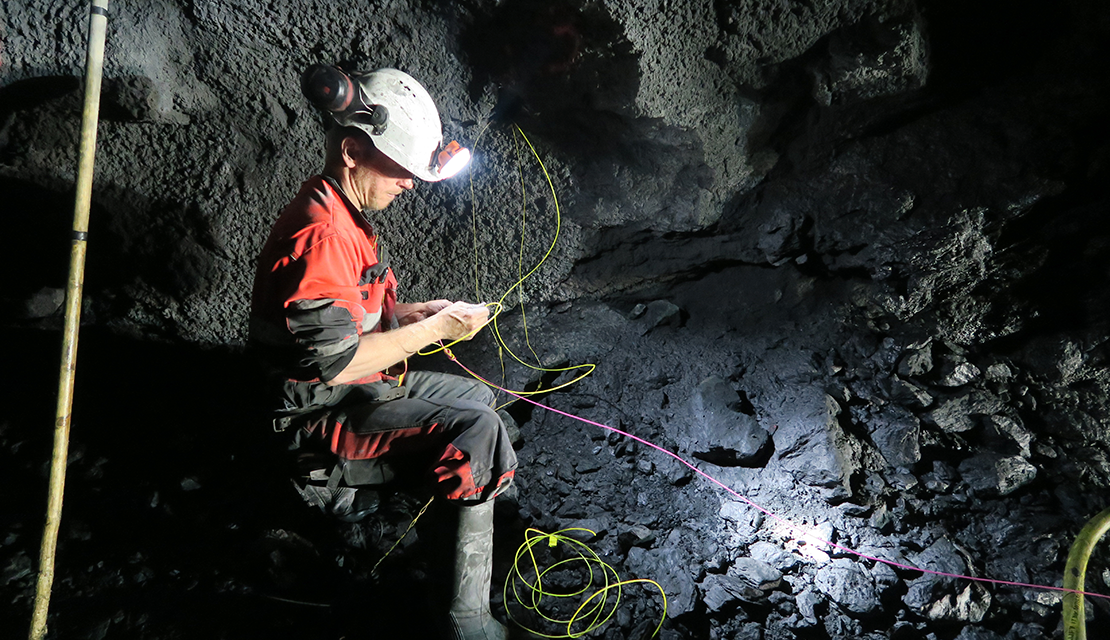 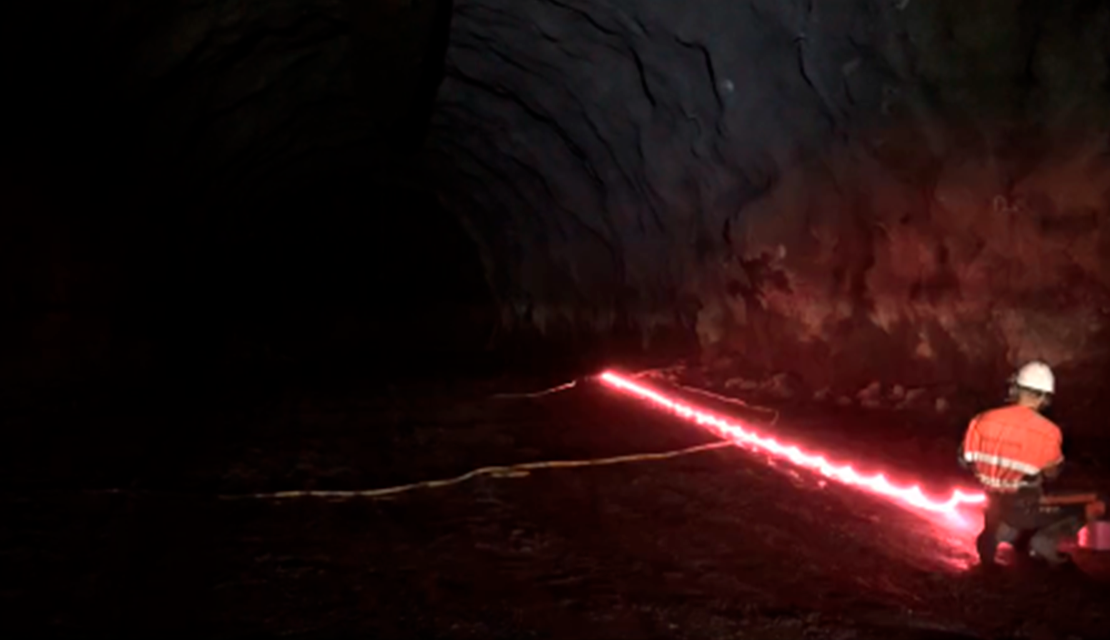 (1) Briefing before the TSP deployment.

(2) Preparation for the blasting.

(3) Snapshot of the detonation.

The complex geological conditions were a great challenge for the Ryfast project. To avoid any unpleasant surprises, the client relied on Tunnel Seismic Prediction (TSP) from Amberg. The experienced geophysicists characterised the geology of the Hundvåg tunnel during driving with little overburden. Their task was to use two seismic measurements to predict the geology up to 130 metres before the tunnel face in order to identify the danger zone when changing from phyllite to gneiss during driving. The focus was on the detection of such weak points in the rock and the exploration of water-bearing zones.

The simple handling, the reduction of downtimes and an increase in drilling performance convinced the customer of TSP, so that he will apply the technology in the subsequent 27 km long Rogfast Tunnel project. In addition, he still has detailed documentation for possible preservation of evidence.

TSP also in operation in Sweden

Trafikverket, the Swedish Public Transport Authority, reports on its website about the tests with the TSP system that were carried out in the E4 Förbifart Stockholm project. They took place last year in the known unsafe areas in Mälaren between the Sätra curve and Kungshatt.
"We have carried out many additional tests of geology in order to get an idea of the coming uncertainties. The additional measurements are a safety measure to be able to rely on more information about the quality of the underground when building tunnels. It is therefore important that the seismic tunnel prediction method has been tested," says Axel Olsen, a geologist from the Geological Service of the Swedish National Transport Administration, in the article. 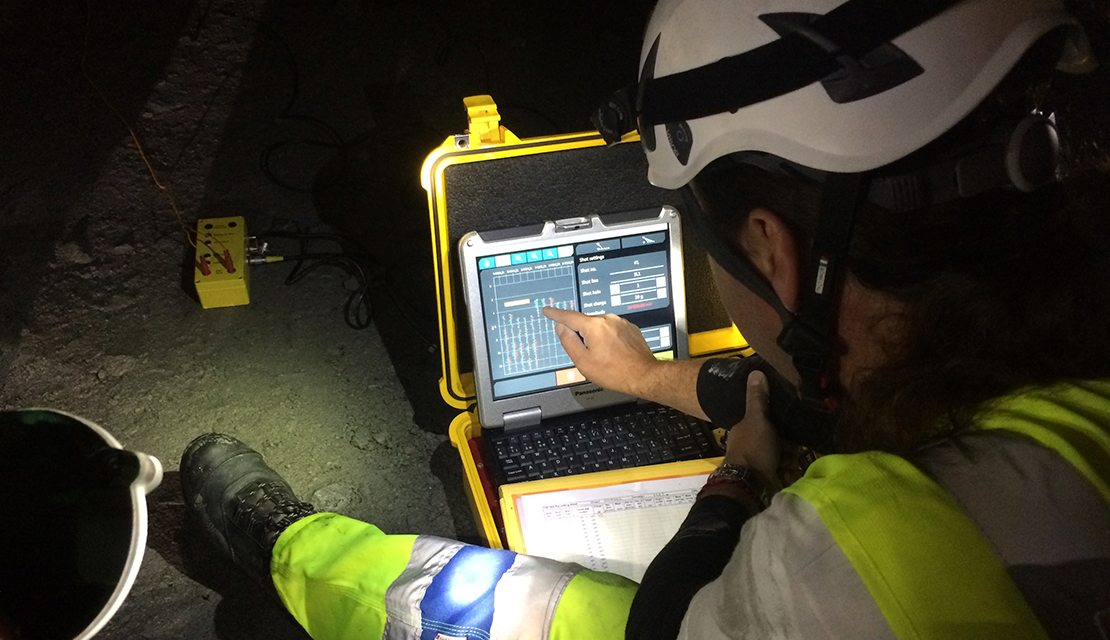 (2) TSP is easy to handle and can be transported easily.

According to Trafikverket, the results of the tests were very consistent with earlier results from core drilling in the same area. It was therefore decided to purchase its own TSP system to be able to predict and analyse the rock material more accurately. Time-consuming drilling to provide a rock sample is no longer necessary.

"We are very pleased that the Swedish Public Transport Authority has now signed a contract with Amberg and that the system will be used next year in the E4 Förbifart Stockholm and other infrastructure projects," said Thomas Dalmalm, Trafikverket's technology specialist, in late 2019.

"The advantages of using TSP are short construction stops and the much larger areas of analysis," says Linus Levinson, project manager at the Söder Tunnel of the E4 Förbifart project to Byggvärlden, a major Swedish business newspaper.

In the same article he explains that the interest in a trial with TSP was aroused during a conference in Norway. "The Norwegian Road Administration is already using the TSP method and as they build infrastructure in a similar way to us in Sweden, it should work well in Swedish projects. This is where the idea was born to try the system on the Mälaren passage."

At the end of February, the first multiple shot recordings with TSP started on site during a five-day training course on data acquisition and data processing.

The products and systems of Amberg in Scandinavia. A success story that will continue in the years to come.